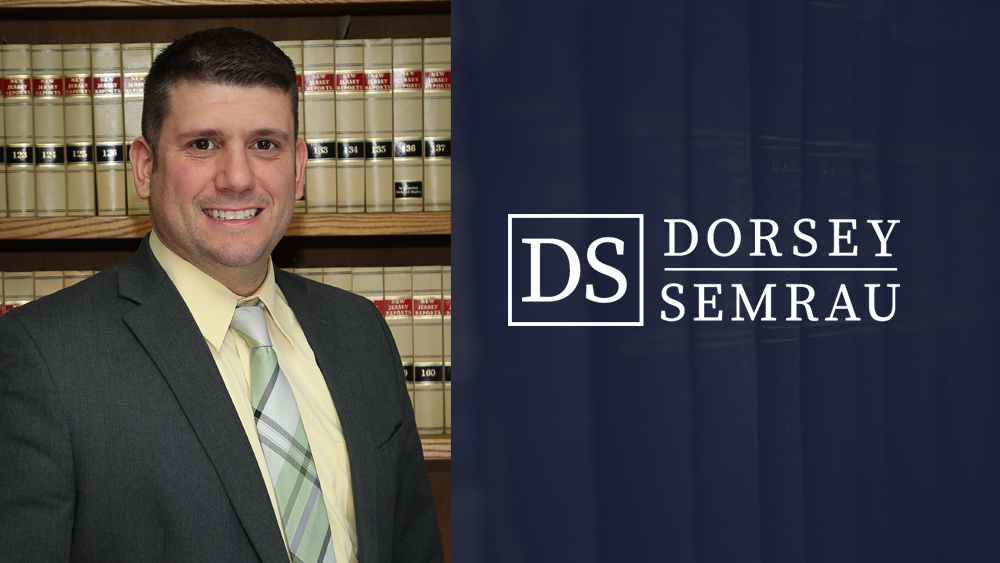 Since joining Dorsey & Semrau over four years ago, Jonathan has successfully argued a number of cases on behalf of municipalities in Municipal Court, Superior Court, the Appellate Division, New Jersey Supreme Court and the Third Circuit Court of Appeals. Jonathan currently has three significant Affordable Housing cases that are pending on behalf of municipalities which will be cases of first impression.

Jonathan’s tenacious litigation and work ethic, combined with his highest regard for ethical standards, have provided a significant contribution to Dorsey & Semrau. We look forward to his continued success!

At Dorsey & Semrau, our attorneys are committed to assisting and supporting their communities, which continue to grow and prosper, by representing the interests of municipal governments with integrity and professionalism.

Dorsey & Semrau, LLC specializes in representing and servicing municipal clients throughout the state of New Jersey. Contact us today for a consultation.

Send us a message

Let us help you

Send us a message